An Integral, Buddhist Approach to the COVID Pandemic

Here I am, cancelling in-person meetings for the next couple of weeks as a precautionary measure, based on information that has been coming to light about this virus outbreak in the last couple of days.

Meanwhile, on my social media feeds, it seems like people are responding to this news in the same way they respond to most news - by acting out the responses of different developmental waves.  I'm about to do the same, but hopefully from the Integral wave! 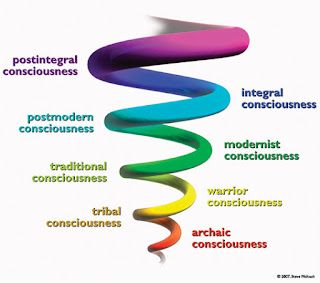 What do I mean by these developmental "waves"?  Well, I learned about it through the work of philosopher Ken Wilber, which draws heavily on the research of psychologist Clare Graves.  Graves proposed that human development is an open-ended process, and grows through some recognizable stages.  It is proposed in Integral Theory that the vantage points below this stage called "Integral" are unable to see the value in each others points of view, and thus are constantly fighting with each other.

Being a world-bridger like I am, I have plenty of friends who are expressing views from these different vantage points.  The Rational/Modernist wave seems to be the most reasonable, basing recommendations on data and research from organizations like the WHO.  This stance can though, at times, get quite judgmental of any other perspective - and not just internally judgmental, downright mean about it.  There is also a large vocalization from the Postmodern/Worldcentric wave, who will be quick to point out that if we had universal healthcare in America, or a universal basic income, we could avoid a lot of hardship.  The Traditional/Mythic-Membership bloc wants you to know that the media is constantly concocting hoaxes that contradict the word of the supreme leader, and you shouldn't believe the hype.  Then you have some outliers from way back down in the Tribal-Animistic wave who say the best way to heal disease is to hurl the right magic prayers and talismans at it.

Personally, I find it painful to live in a world where bickering is a constant - everyone playing a constant game of "Who's Right?" and trying to shout down other worldviews in defense of their own. This is why to me, the phrase from Integral Theory that says "no one's wrong 100% of the time" is so refreshing!

What does this mean?  It memes that if we can get out of our bunkers, we can see that diverse views are not always just another reason to start a fight.  We can relate first from our common humanity, and likely learn a lot from each other.

A common fight I see is where someone coming from a Worldcentric vantage point, with a holistic view reminds us that we mustn't succumb to fear-mongering tactics because all we need to do is make our immune system strong by vibrating with love (or the herbal product they're about to sell you)! 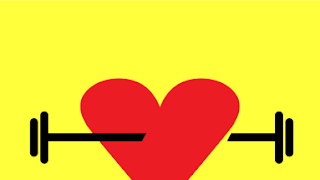 They're not actually wrong about love boosting one's immune system - that's an evidence-based claim.  Where it gets problematic is when this claim is used to minimize the fears of others.  We get so addicted to our stances and the truth we've come to see that we feel we have to fight all other possible worldviews.

It doesn't occur to such a person that someone may be engaging in social distancing practices for the sake of others who are immune compromised and might need a lil more than "love" to keep them thriving.  When we're dug into evangelizing or defending our vantage point, finer nuances and alternate perspectives get lost quickly!

Similarly, those of us with a zeal for science may get so locked down into our viewpoints that we dismiss out of hand ideas that might be important to consider.  It seems obvious - from a scientific worldview - to dismiss "magical thinking", and to go so far as to attempt to shame or ostracize those we accuse and convict of such thinking.  The truth is, though, that prayer, ritual, tradition, visualization, and the like have profound effects on our body and mind.  These ancient tools CAN boost immune response, but additionally they can help people find meaning in a time that is lonely, help communities come to a new vision when old paradigms are crashing down, and sometimes even hold hidden causative factors that, when discovered, form the basis of new scientific and medical breakthroughs. 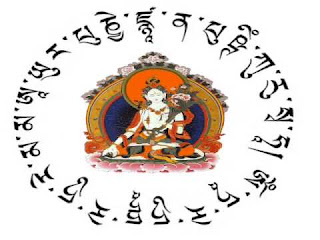 We ALL lose when we use our own vantage points as weapons and dig ourselves deeper into reactive cognitive dissonance.


The first is a practice of radical empathy.  Instead of coming to each engagement asking what we've been acculturated to ask:  "how is this person wrong?" we can come to relationships asking a different question: "how can we share?"

I don't just mean aiming toward sharing our own viewpoint....  Haven't you noticed yet how ineffective this is?  When we share our viewpoint within our own echo chamber, we of course get agreement.  But outside the echo chamber, when our main intention is to convince another?  You'll get very little in the way of great results. 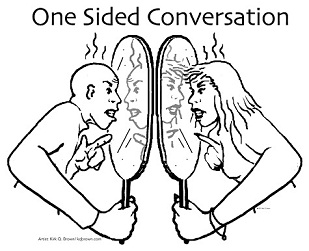 Sharing equally and with empathy, on the other hand, allows us to come together and see each others' perspectives.  The worst case scenario is that you'll do no worse than when you were trying to get your point across - they still won't get it.  But the best case scenario is that not only will you learn a lot about their point of view, maybe even broaden your own understanding - but by your example, others will often become more open to hearing your point of view.  It's like some strange Daoist paradox - the more you give up intending to win, the more winning you'll do!

So that's the first Buddhist part - Empathy!  The second half of the Buddhist message is this:  In the midst of so many ways to respond to troubling news, let's act in the way that is likely to prevent the most harm.

Sure, you might believe that this is all a hoax somehow created to rob you of income or productive days at work, but what if it isn't?  There are very good projections of how this current virus progresses based on what has already happened in China and in Italy.  To take a cautious approach now could mean preventing an overwhelming spread of disease that completely outpaces our healthcare system's ability to handle it - and that means that the most vulnerable people die.

From my place of privilege as an early middle-aged person who eats a lot of vegetables and meditates and exercises all week, I'm not too concerned with my own immune system.  But I am concerned with my friends who have autoimmune or other conditions that leave them less privileged than myself.

I certainly don't dismiss conspiracy theories (have you SEEN our government?!?), and I love the power of mantras and essential oils and compassion, but if cancelling a meeting can prevent human suffering, I'm willing to cancel the meeting.

And hey, if it was overly cautious... you can always complain really loud after it all blows over!  You'll still have a chance to complain, be counter-culture and fight!  Someone will always be there willing to fight you!

Not everyone has the financial privilege or work-flexibility to engage in more extreme social-distancing precautions, but for those of us who do, what does it hurt for us to help make worst-case-scenarios a little less likely?

The final Buddhist message is this:  Before the WHO announced pandemic status and everyone started treating this outbreak as a serious issue, I had this intuition:  "America needs to do a meditation retreat, take this opportunity to go within!"   I share this with you as an option during these times - if you have the opportunity, take a moment to live simply, go within, recharge your system.  Let the power of rest come and claim your body and mind for a week or so.  Recharge yourself with empathy, close the door and take the armor off for a few days.  Let's take a collective pause in solidarity together during these chaotic times and envision something NEW, more functional, and more fulfilling than ever before!  My prayers, mantras, and hand-washings are with you!
Posted by Rev. Fa Jun at 1:49 PM