The Dao of Forgiveness - Sermon Notes

To forgive is not just to be altruistic.  It is the best form if self-interest.  It is also a process that does not exclude hatred and anger.  These emotions are all part of being human.  You should never hate yourself for hating others who do terrible things:  The depth of your love is shown by the extent of your anger.

"During December I like to bring up some Christian subjects.  As you know the roots of Unitarianism and Universalism are two Christian denominations.  Of course, there are plenty of other holidays during this time - I myself am a pagan Buddhist in the middle of winter retreat, and just poking my head out to give sermons and a few pastor calls!  But like I mentioned last month with thanksgiving - while I don’t necessarily even believe in the values supposedly expressed by the holiday - i feel there is a cultural momentum, one can tap into for valuable explorations.

So this month we will explore some Christian values - but hopefully from angles some of us never got in Sunday school.  The first on the list is forgiveness.  This was inspired by a convo with one of our congregants and they mentioned how important the topic might be right now in our culture - coming out of this most recent election cycle (is it over yet??!!!?).

Liberals out there might be hearing even more calls for “civility” and “kindness” now - even though “suck it up buttercup,” “owning the libs,” “liberal tears,” - and much worse were the rule of the day just four years ago.

At the same time that we can see some very toxic dynamics at play, there ARE elements of forgiveness that are important for us to master if we want to live our best lives and create the best society possible. This election talk is just one example, I'm sure you could find more where a deeper understanding of forgiveness would be useful!

As we will see, this type of contemplation played a big role in the formation of Universalist Christianity, where the ideas of Original Sin and eternal damnation were rejected in favor of the thought of a compassionate and forgiving God.  This in turn helped give rise to our modern UU principle of honoring the Inherent Worth and Dignity in every being.  Even more so, this is a foundation stone of modernist worldviews that eschew “cruel and unusual” forms of punishment and may one day even rise to the potential of true, restorative justice.

1: to cease to feel resentment against (an offender) : PARDON

: to give up resentment of or claim to requital (see REQUITAL sense 1) for

: to grant relief from payment of

The meanings are all mixed up here.  Are we merely letting go of resentment, or are we saying that there’s no more need for accountability?  That there's no longer any debt.  I believe these are VERY different things!

I think it might make the challenge easier if we disentangle some meanings.  I’m nearly at the point where I’m thinking of recommending we stop using “forgiveness” entirely, (except in terms of student loans for essential health care workers after 2020!).

Instead, let's disambiguate three terms we're likely looking for when we go to the moving target of  "forgiveness"

The need for repair that hasn't yet happened, can be what stands in the way of forgiveness and in some cases it should cause us not to forgive.

We are often told we should forgive because then we’ll be the bigger person, or somehow morally developed

But there’s a reason for our rage

The logic of road rage

in Primates, feeling the burning of rage or resentment is often a biological urge to act protectively and prohibit abuses by some members of the tribe. This even plays out in road rage. 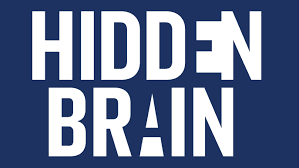 The logic of shame

Similarly, homo sapiens learned to utilize shame to create discomfort in members of the band acting in anti-social ways. While shame has many flaws, we don't have to shame ourselves for wanting to shame those who have abused us or acted in predatory ways toward others. This is a healthy instinct!

If what is needed is behavioral change, going straight to “forgiveness” is not the answer.

Rather, we might want to ask if we’ve received a real apology, which includes acknowledgement of harm, and if we’ve seen any actions that have repaired the relationship, or signify a willingness to act toward repair.

Prematurely absolving another because we wish to be “done”

If we spoke of the necessity of rage, we should also speak of the healthiness of disassociation.

And by that I don't mean a diagnosis your psychiatrist might give you - but a lighter, benevolent version.  Like we’ve just tuned out to that part of our life

It’s healthy sometimes because maybe there’s nothing we can do about it, and we’re also not ready to “let it go” and so just thinking about it, “working with it” would just make us miserable.

But I’m also talking about dis-associating in terms of maybe you just don’t associate with someone anymore, and that’s just fine.  They never did the repair and you don’t think they ever will - and you’re also not able to heal from your side and just drop resentment.  So hey, just don’t answer their calls.

The biggest problem here also comes from “should” - society or our church or our longing tells us we “should” be over it, we “should” be willing and able to let go, we “should” drop our resentment.  And if we can, and it’s appropriate - we may feel very free.

But we have to be honest with ourselves and navigate by inner guidance, not some arbitrary template from outside. 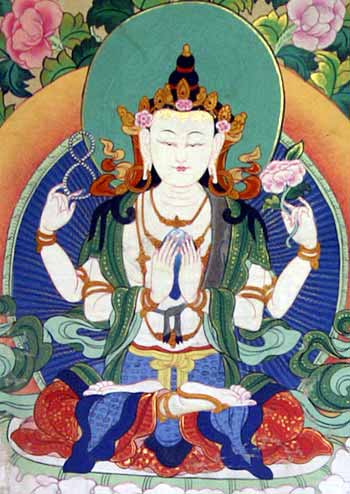 “This type of forgiveness is selfish”

Having spoken to why you sometimes shouldn’t forgive - let us contemplate how it can be beneficial, and how to benefit from it.

To do this, we need to go a little Buddhist for a second - but don’t worry, it’s still just that first UU principle - the inherent worth and dignity.  You see, Buddhists believe that all beings want happiness and to be free from suffering.  Even when we’re self-destructive, we’re trying to get our human needs met.

But there’s a problem - we don’t know where happiness actually comes from, and we’re no good at avoiding suffering either!

To fast forward through 2.5 millenia of philosophy class, and 3 or 4 decades of positive psychology, we can say it most succinctly like this - Deep happiness comes from wishing and working for your own and others thriving, and inner suffering comes from working for your own or another’s harm.  We know this because the most deeply happy people have a sense of purpose or connection that is bigger than their own little self.  On the other hand, when we’re grumpy, selfish, or acting out, it’s almost always because we’re suffering or tense in some way.  Often we are able to be our most magnanimous when we’re feeling the most well, and similarly, when we're feeling least well, we often have the least to give.

So, first the selfish part.  The kind of forgiveness I want to encourage is not the kind where you leave off requirements of accountability, but it is the kind where we merely resolve to let go of resentment.

That's a term we should define too, and this time Webster’s is unambiguous

: a feeling of indignant displeasure or persistent ill will at something regarded as a wrong, insult, or injury

indignant displeasure or persistent ill will.  The persistent ill will part is the part I want to focus on.  Because what ill-will means we're wishing harm on another.  This is where the Buddhist wisdom comes in.  Some part of us  thinks that continuing to wish harm on another somehow fixes the problem - brings us happiness.  But what it in fact does is harm us physically and emotionally.

That might be worth it, if it helped us fix problems in our relationships or society, but sadly the punishment paradigm is a flawed one.  You cannot harm others into a change of heart.  It’s true, sometimes suffering breeds empathy, but there’s no guarantee that punishment will.  You can use force protectively.  You can educate someone.  But we know through how terrorists or cult members  are radicalized that pain has no educational value of its own.

So my pitch to you today is not "forgiveness", but a unique form of compassion.  It is a compassion that lets go of resentment because we are unwilling to let another person be in charge of whether we are healthy or ill inside.  We are selfish enough to perhaps stay angry, but to renounce “persistent ill will” - thoughts of revenge or inflicting suffering for suffering's sake.

If we do that, we may even be moved toward the second aspect of this compassion - which is less obviously selfish (but still of personal benefit) - the willingness to let go of wishing harm on those who harmed us, and instead wishing they could heal.

We wish they would learn

We wish for their capacity to do harm be blocked

We wish they would awaken and turn their life around

But we let go of the desire to punish them for punishment’s sake.

And if we cant, we know that it is impossible to give empathy when we have not received it ourselves.  We understand that perhaps this is not the moment for forgiveness, and acknowledge our unmet needs for repair.

If I’ve done my job today, i imagine that this type of “forgiveness” will not seem easy by any means, but it will make sense.  It will call us toward what we truly value as UUs, living from the deepest parts of our hearts and into that dream of world community with peace, liberty, and justice for all.

You don’t always need to forgive